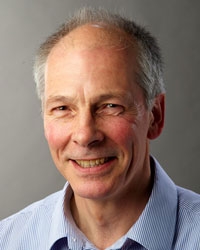 Global warming has been a matter of public concern in Germany since the ‘Greenhouse Summer’ of 1988. But although it appears as a topic on the margins of literary texts since the late 1970s, it has only recently come to play a central role in novels such as Dirk C. Fleck’s Go! Die Ökodiktatur, Das Tahiti-Projekt and Maeva, Ilija Trojanow’s EisTau and Nele Neuhaus’s Wer Wind sät. It was rather global cooling with which 1970s writers were preoccupied, as Reinhold Grimm pointed out in his essay ‚Eiszeit und Untergang: Zu einem Motivkomplex in der deutschen Gegenwartsliteratur‘ (1981).

It has hitherto been assumed that literary representations of cold and ice, rain and floods were essentially metaphors for political, social and cultural developments which were observed or anticipated. This project adopts a different approach, comparing selected examples of German writing since the 1970s on global cooling and global warming, and placing them in the wider context of contemporary scientific and political debates on climate change, before asking what anxieties about modernity they reflect and what questions about the human-nature relationship they raise.

Its aim is to throw light on what role literature plays in environmental discourse. Is it essentially one of transmitting scientific facts to a wider audience and popularising arguments, of representation and mediation? Or does literature participate significantly in the discursive constitution of environmental problems and solutions? Do novels constitute a counter-discourse to the Dominant Social Paradigm, one highlighting the ethical dimension? And can they help us imagine the social and psychological consequences of climate change, and adapt to the unavoidable? Through comparative examination of literary representations of climate, focusing on how the issue is framed in terms of social values, the project will explore the role of the literary imagination in confronting the challenges which climate change presents.

Axel Goodbody, Professor of German Studies and European Culture at the University of Bath, UK